rss feed widget
Posted by Caxperito Gonzales at 4:11 AM No comments: 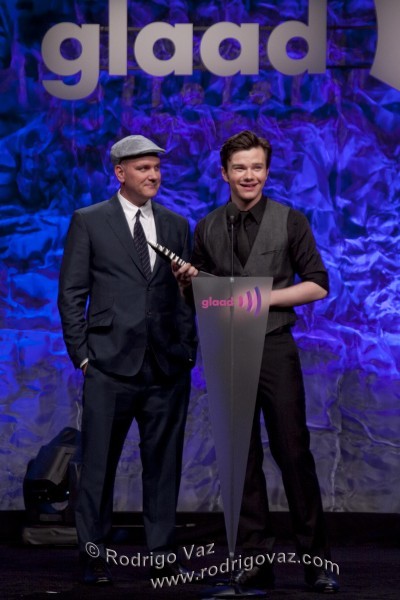 On Sunday, April 10, 2011 The Gay & Lesbian Alliance Against Defamation (GLAAD) held their 22nd Annual GLAAD Media Awards which it was presented by Rokk Vodka & Wells Fargo.

USA President Barack Obama Speech to the Nation on Libya 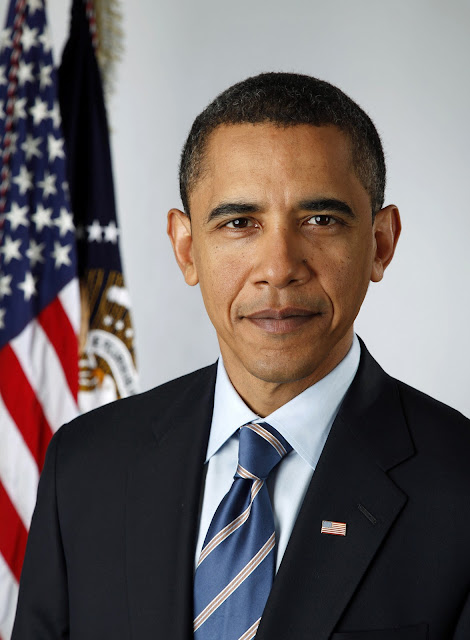 On Monday, March 28, 2011 from The National Defense University in Washington, D.C. The President Obama address to the nation on Libya.


[Speech Start] “Tonight, I’d like to update the American people on the international effort that we have led in Libya –- what we’ve done, what we plan to do, and why this matters to us.
I want to begin by paying tribute to our men and women in uniform who, once again, have acted with courage, professionalism and patriotism.  They have moved with incredible speed and strength.  Because of them and our dedicated diplomats, a coalition has been forged and countless lives have been saved.
Meanwhile, as we speak, our troops are supporting our ally Japan, leaving Iraq to its people, stopping the Taliban’s momentum in Afghanistan, and going after al Qaeda all across the globe.  As Commander-in-Chief, I’m grateful to our soldiers, sailors, airmen, Marines, Coast Guardsmen, and to their families. And I know all Americans share in that sentiment.
For generations, the United States of America has played a unique role as an anchor of global security and as an advocate for human freedom.  Mindful of the risks and costs of military action, we are naturally reluctant to use force to solve the world’s many challenges.  But when our interests and values are at stake, we have a responsibility to act.  That’s what happened in Libya over the course of these last six weeks.
Libya sits directly between Tunisia and Egypt -– two nations that inspired the world when their people rose up to take control of their own destiny.  For more than four decades, the Libyan people have been ruled by a tyrant -– Muammar Qaddafi.  He has denied his people freedom, exploited their wealth, murdered opponents at home and abroad, and terrorized innocent people around the world –- including Americans who were killed by Libyan agents.
To see the video and read the complete Speech visit Diversity News Magazine @
USA President Barack Obama Speech to the Nation on Libya
Posted by Caxperito Gonzales at 9:33 PM No comments:

Email ThisBlogThis!Share to TwitterShare to FacebookShare to Pinterest
Labels: Diversity News Magazine, President Obama address to the nation on Libya, President Obama video on Liby, The National Defense University, Tunisia next to Libya 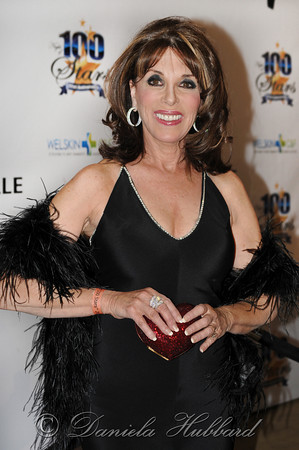 ALSO ON EXAMINER.COM
http://www.examiner.com/events-in-los-angeles/21st-annual-night-of-100-stars-gala-celebrating-the-83rd-annual-academy-awards
Posted by Caxperito Gonzales at 8:59 AM No comments:

Diversity News Magazine on the net at (http://www.diversitynewspublications.com) and Maryam Talk Radio from KLAS FM are now official media partners. 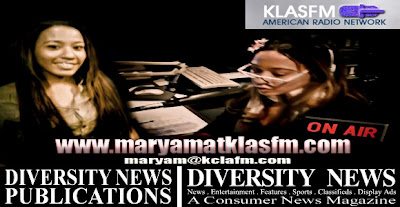 “I am very proud, happy and excited to be partners with such a well known and established company and very honored to be partners with Diversity News Publications.” Said Maryam Shepardson, Maryam Talk Radio Host. She continue “I decided to become partners with Diversity News Magazine mainly because I really enjoy reading up on Diversity’s latest news and breaking story’s from the magazine.”
Diversity News Publications it is very selected whom they want to be affiliated but after researching and thinking about their readership interests and by putting them first, partnership with Maryam Talk Radio of KLAS FM the is another benefit for the current loyal readers of the online consumer news magazine.

“I think it will benefit both of us because we are able to connect both our audience and listeners with one another and reach a lot of variety of different styles genre’s of people.” Concluded Ms. Shepardson.

“I am very excited to officially welcome Maryam Talk Radio from KLAS FM, especially their host Maryam Shepardson to the Diversity News Publications Media Networks.” Said Esteban Steven Escobar, Executive Editor-In-Chief from Diversity News Magazine. He added “ I have to agree with her that with this new partnership we both are going to benefit and most important our audience and the is a win situation.”
Diversity News Publications also controls and operates other online sites such as: “Diversity News Hollywood”, “Diversity News Online” and “Diversity News Los Angeles”. Many of our photos and articles get reposted on the above mention publications.
FOR COMPLETE STORY VISIT:
http://diversitynewspublications.com/2010/12/diversity-news-magazine-maryam-talk-radio-from-klas-fm-official-media-partners/
Posted by Caxperito Gonzales at 7:01 AM No comments:

, a fancy photo sharing thing.
Posted by Caxperito Gonzales at 4:40 AM 1 comment:

Posted by Caxperito Gonzales at 11:33 PM No comments: 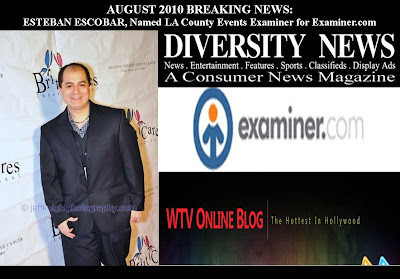 
“I am so honored to have a second title with Examiner.com. I want to thanks all my fans which are readers, subscribers and my industry friends for been loyal and helping me in getting more readers, articles comments and subscribers.”

Crimes Of The Heart – A Heartfelt and Entertaining Journey‏ 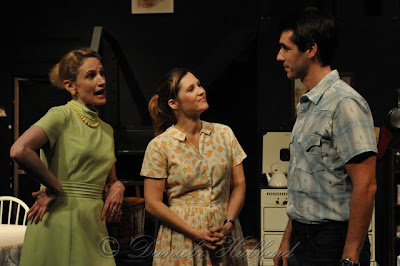 For photos and complete story visit Diversity News or just click link
Crimes Of The Heart – A Heartfelt and Entertaining Journey‏
Posted by Caxperito Gonzales at 12:43 AM No comments:

Email ThisBlogThis!Share to TwitterShare to FacebookShare to Pinterest
Labels: Crimes Of The Heart – A Heartfelt and Entertaining Journey‏, Crimes of the Heart Premiere in Noho, Fawn Music

Crimes of the Heart by Beth Henley, Premieres at The Whitmore Theater directed by Veronica DiPippo 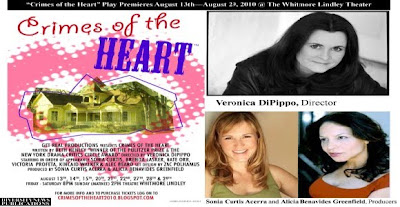 On Friday, July 30 ,2010 Get Real Productions announced in a press release the limited engagement of Crimes of the Heart by Beth Henley, premieres at The Whitmore Lindley Theater directed by Veronica DiPippo.

The prestigious play will be directed by Award Winning Filmmaker, Director and Writer Veronica DiPippo and produced by Sonia Curtis Acerra and Alicia Benavides Greenfield.

Crimes of the Heart by Beth Henley, Premieres at The Whitmore Theater directed by Veronica DiPippo
Posted by Caxperito Gonzales at 4:50 PM 1 comment: 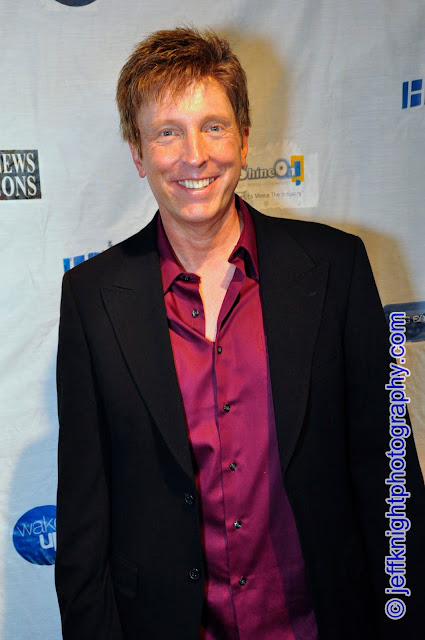 The hot heat did not stop people from coming to the hottest event of the summer, “Shine On 2.”
Shine On 2 Hollywood: A Music Showcase;”Artists Meet The Industry” Benefiting Hope 4 Children was held on July 15, 2010 from 7:00 pm to 10:00 pm at the Celebrity Center in Hollywood, CA.
“Arnold G is extremely passionate about his business and, seems quite sincere in helping seasoned talent reach new heights in their careers! The powerful cast of music and film industry professionals assembled for SHINE ON 2 will certainly help set the stage for some powerful breakthrough moments!” said Pixie Monroe, Casting Director Film and Television.
The guests started to arrive 2 hours before the show and lined up to check in and get escorted to the seating area. Media/press and photographers arrived at the same time, they signed in, got their media badges, and were escorted to their assigned areas to start taking photos of the VIP’s, artists, panelists and event production team.
“I have tremendous respect for Shine On Host, Gary Spears: As a host, performer, radio personality and long-time friend. Gary’s been a dedicated friend and has served as the co-host on one of my passion projects, a radio podcast entitled; “Casting Hope” for the past several years. He’s also been cast in numerous film and television projects since leaving mainstream radio and definitely always displays a high level of energy, humor and professionalism in his works”. Ms. Monroe concluded.
(For complete story with quotes, photos and videos, please click link or visit Diversity News Publications @ http://www.diversitynewspublications.com/ )
Shine On 2 Hollywood Music Showcase; The Hottest Event Of The Summer, Benefits Hope 4 Children
Posted by Caxperito Gonzales at 1:54 AM No comments:

The Treasure Box (Food) A Solution During This Recession 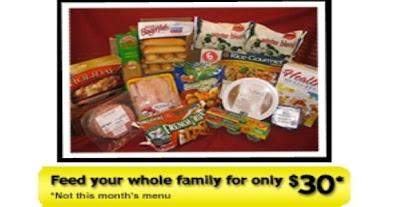 As you all know the recession is not over yet and many of us (including writers and people from the entertainment industry) have to adjust our budget in expending less including food.

On June 30, 2010 Paul Magers and Pat Harvey of CBS 2 Los Angeles reported in their 11:00 pm news section about a company named Good Source Solutions the have created “The Treasure Box.”

For complete Story visit Diversity News at http://diversitynewspublications.com/2010/07/the-treasure-box-food-a-solution-during-this-recession/
Posted by Caxperito Gonzales at 3:28 AM No comments:

Shine On! Hollywood: A Music Showcase;”Artists Meet The Industry” A Big Success 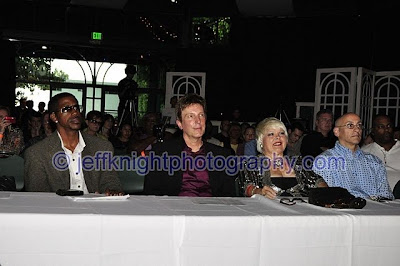 For complete story with photos and videos visit: Diversity News
Shine On! Hollywood: A Music Showcase;”Artists Meet The Industry” A Big Success
Posted by Caxperito Gonzales at 3:11 AM 1 comment: 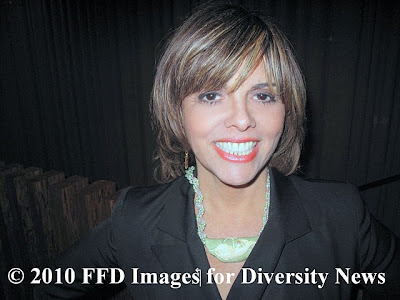 “I can think of a better person more deserving then Jane to get this award. Congratulations Jane you are a light in this world and you do much to help make the world a better place.” said Fawn, dance hit recording artist.

Jane Velez-Mitchell to receive Person of the Year Award at CSW 40th LA PRIDE
Posted by Caxperito Gonzales at 8:45 AM No comments: 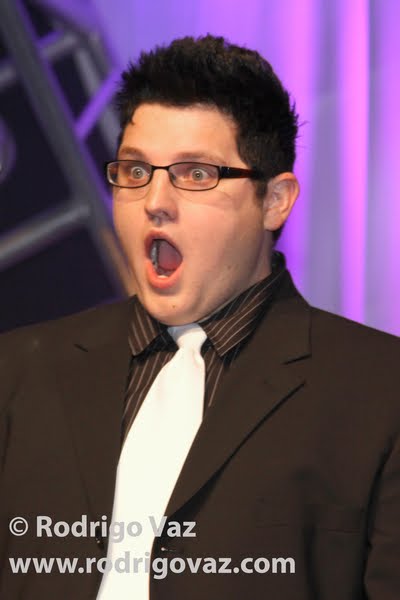 Like many things that start, they also have an end. Local Celebrity LA 2010, a singing reality competition started on 1-17-2010 and ran for eights weeks ending on March 21, 2010. People arrived earlier to be on the red carpet which was close to 50 feet long. The grand finale was held on Sunday, March 21st at the Celebrity Centre Pavilion Theater in the heart of Hollywood, which is located at 5930 Franklin Ave., Hollywood, CA 90028.

First the red carpet ran from 7pm to 8pm. Then the show started at 8pm, and it ended at 9:45pm. Later, people were invited again to take photos on the red carpet. About 200 people attended the grand finale of 2010 Local Celebrity LA, including media outlets and production staff.

" When cultural diversity meets talent, you end up having a well done competition, where skills, hard work, and creativity will have the final word. Fascinated by the level of professionalism and dedication displayed by both organizers and contestants." said Aura Imbarus, Ph.D., author of "Out of the Transylvania Night."

Crimes of the Heart 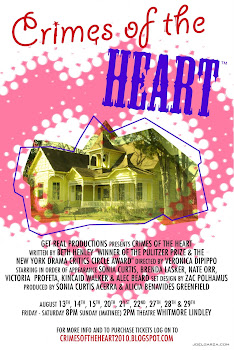 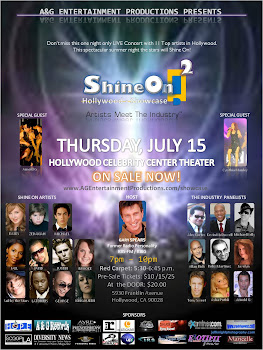 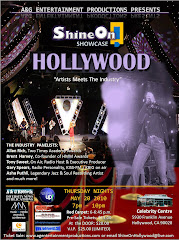 Artists meets the Industry on May 20th @ Celebrity Center 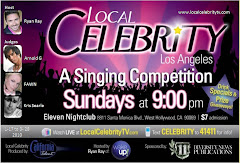 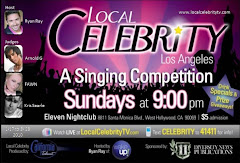 Every Sundays from 9pm at Eleven 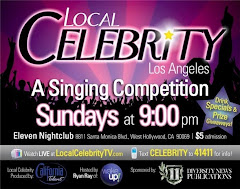 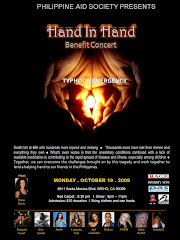 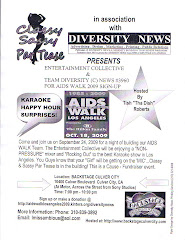 As you may know DIVERSITY NEWS MAGAZINE used to be printed hard copy and distribute free. Because of technology changes and expenses most hard copy magazines are not longer been printed.

So we at (DIVERSITY NEWS PUBLICATIONS) have decided to be publish online and be green. We will print Special hard copy Editions per our Vendors request. For now we will try our best to share and feature the best of NEWS, ENTERTAINMENT, FEATURES, SPORTS, OPINIONS, EDITORIALS & much more online.

Please feel free to leave your comments and come back again soon. 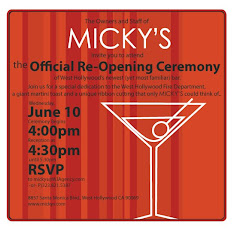 About Us
DIVERSITY NEWS ONLINE is a publication published by Diversity News Publications, a public relations firm based in Hollywood, CA.

IMAGES
All images that appear on DIVERSITY NEWS PUBLICATIONS sites are copyright by their respective owners and authors. DIVERSITY NEWS PUBLICATIONS ONLINE NETWORKS claims no credit for them unless otherwise noted. If you own the rights to any of the images and do not wish them to appear on the site please contact us and they will be promptly removed.

COPY/ART
The publisher of DIVERSITY NEWS PUBLICATIONS reserve the right to accept, reject, edit, reword, change, move or cancel any photographs, advertisements or articles.
The publisher does not assume responsibility for statements made by advertisers and writers.

DIVERSITY NEWS cover real events and in addition to accurately reported facts. The information on this site comes from various industry newsmakers or representatives and their VIEWS do not represent the views of the DIVERSITY NEWS staff & management and makes no warranty as to the validity of any claims.